What a JOY to be a people full of LIFE because Jesus destroyed death. Christians can sometimes paint a dismal picture of life as a Christ-follower: continual shame, guilt, lots of “don’t do that”s, deprivation, loss of freedom. But those things I just listed are not the life God has for us. 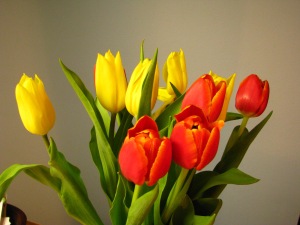 I am freed from the captivity of my sin. Isaiah 61:1b, 3, “He has sent me [Jesus] to bind up the brokenhearted, to proclaim freedom for the captives and release from darkness for the prisoners…to bestow on them a crown of beauty instead of ashes, the oil of gladness instead of mourning, and a garment of praise instead of a spirit of despair. They will be called oaks of righteousness, a planting of the Lord for the display of his splendor.” [emphasis mine]

Through this past season of Lent, I’ve done a few things to be preparing myself for Easter and I’ve also been studying Isaiah through BSF. One thing has especially been impressed upon me this past week. God’s love is extravagant.

Our future is full of promise. We’re not only saved, but we are co-heirs with Christ. Revelation 22:1-5,

“Then the angel showed me the river of the water of life, as clear as crystal, flowing from the throne of God and of the Lamb  down the middle of the great street of the city. On each side of the river stood the tree of life, bearing twelve crops of fruit, yielding its fruit every month. And the leaves of the tree are for the healing of the nations. No longer will there be any curse. The throne of God and of the Lamb will be in the city, and his servants will serve him. They will see his face, and his name will be on their foreheads. There will be no more night. They will not need the light of a lamp or the light of the sun, for the Lord God will give them light. And they will reign forever and ever.”

One of the most disconcerting things about “growing up” and being an “adult” has been watching the marriages of my peers and the marriages of people older than me disintegrate. I have become convinced that you cannot take your marriage too seriously.

A disclaimer before I continue: I am no expert—I have been married for almost 2 years. Please don’t think I am claiming to know it all or that I know your situation. I only speak to report what I see happening all around me.

When I was growing up, I heard about my parents’ friends who were getting divorced. There didn’t seem to be a lot of them, but I was aware. Then I got married. And my friends and my husband’s friends got married. And other acquaintances got married. And a strange thing started to happen. I can think of six couples off the top of my head whose marriages lasted less than two years. This is the kind of thing I expected to encounter about 10 years from now. Now I feel “successful” that we have been married a big whopping two years! Since when is two years a big deal?

Divorce is an expectation in the celebrity world. Singer/actress/designer Jessica Simpson’s prenuptial agreement included a clause that gives her future husband $200,000 on each anniversary and a “$1 million bonus if they make it to 10 years.” If they make it.

Even more heartbreaking is watching marriages of 10, 18, or 25 years destroyed. All those years of investing, the children had in the marriage, all of it gone in a moment. All that is left is two people who hate each other so much that they have restraining orders against one another.

My husband and I go through struggles in our marriage, and it takes a lot of time and patience to work through whatever we are going through. Even though we are 100% committed to staying together, I feel nervous when we are struggling because I know that the stakes are high.

Let me repeat: You cannot take your marriage too seriously.

Sometimes I feel guilty because I take fewer hours at work, or cancel an appointment with a friend because it cuts into my time with my husband. I have to remind myself that no job is worth costing me my marriage. If I have to lose hours to invest in my marriage, IT IS WORTH IT.

I’ve found that it’s really true what Song of Solomon 2:15 says, “Catch for us the foxes, the little foxes that ruin the vineyards, our vineyards that are in bloom.” Those “little foxes,” the little irritations and conflicts build up and if I don’t catch them early, I find myself facing a mountain later on.  I take “little foxes” very seriously. From time to time I catch myself developing a habit of complaining at my husband. This is not a “little problem.” This is something that could build into years of bitterness if I don’t catch it now.

My husband and I read this article called “Beware of Bears” on the Dave Ramsey site. The author, Jon Acuff, writes:

“For easier math, let’s just say that 50% of divorces involve money issues. But instead of money, let’s talk about bears. Imagine that 50% of your neighbors were attacked by bears. That means that of the 10 people in your cul-de-sac, five of them were mauled by bears while at the mailbox, in the driveway, or sitting on the back porch.

Would that change the way you thought about bears?”

“Of course you would. In a world where 50% of people were attacked by bears, we would all care deeply and passionately about bear preparation.” 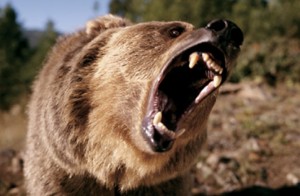 Acuff’s focus is on money and marriage, but the same idea applies to marriage in general. When we KNOW that the divorce rate is 50%, that 5 out of 10 people will get divorced, why would we take our marriages lightly?? Instead of “coping” by creating a prenup, why aren’t we pulling out all the stops to protect our marriages?

I like how Acuff’s ends his article, “Be honest. Be open. And be ready. The world is crawling with bears.”

So…my husband made the 11am news this morning. Check this out. Click on the video when you get to the article. 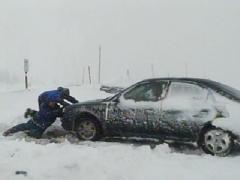 Yeah…he forgot the chains. And I almost reminded him before he left, but I thought, “Oh, he’s a big boy. I’ll let him handle that.”

Hey, it earned him a spot on the morning news!

Here are a few things to brighten your Monday.

Make these delicious White Chocolate Cranberry Granola Bars. These are my new standby–cheap to make and low calorie. I used regular milk in place of the evaporated milk. 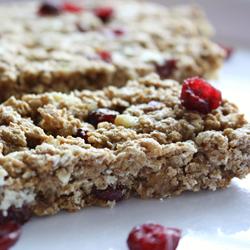 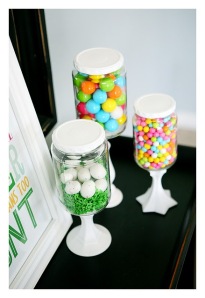 Read this book: “What Every Body Is Saying” by Joe Navarro–a body language guide written by a retired FBI agent.

Listen to this song: “The Great Love Story” by Jimmy Needham. 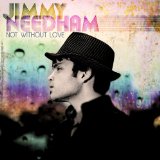 Until my next post…thanks for reading!

…of my beach pictures! I decided to make this post the catch-all and finish up with my pictures. First up (drumroll please)…..

…stuff I would definitely put in my apartment!

These vases are actually all connected

I also have a bit of an obsession with orange (for decor only though, I can’t wear this color). You can read about my latest project here. Based on that project, you can only imagine my delight to see this birdhouse…in orange!

I have this goal to never have my decorating look like it all came from Target. But of course, I have to copy somebody, in my case, preferably someone obscure. Hence, my hesitation with a birdhouse (which is a bit of cliche right now)…you can read more about that here .

I’m attracted to clocks and this one had a different flair to it.

It was labeled "birdcage clock"

One of the shops we went into was not an antique store, and toward the back was a children’s section. I saw these “World of Thanks” thank you cards for children. What a fun way to teach children about being grateful!

Last, but not least, I had to take a picture of the meal board I left for my husband.

The gray dry erase marker is his writing